The Undertaking by Audrey Magee

Desperate to escape the Eastern front, Peter Faber, an ordinary German soldier, marries Katharina Spinell, a woman he has never met; it is a marriage of convenience that promises ‘honeymoon’ leave for him and a pension for her should he die on the front. With ten days’ leave secured, Peter visits his new wife in Berlin; both are surprised by the attraction that develops between them.

When Peter returns to the horror of the front, it is only the dream of Katharina that sustains him as he approaches Stalingrad. Back in Berlin, Katharina, goaded on by her desperate and delusional parents, ruthlessly works her way into the Nazi party hierarchy, wedding herself, her young husband and their unborn child to the regime. But when the tide of war turns and Berlin falls, Peter and Katharina, ordinary people stained with their small share of an extraordinary guilt, find their simple dream of family increasingly hard to hold on to…

The Undertaking explores how an ordinary German family gets through the day-to-day struggles of living in wartime without unnecessary sentiment. Audrey Magee’s spare prose pulls you through Peter and Katharina Faber’s horrifying experiences and leaves you altered at the end. This is the type of book that you think about long after you’ve read the last page.

The story revolves around Peter and Katharina who are married so Peter can get honeymoon leave. Katharina lives with her parents, Mr. and Mrs. Spinell, who are connected to some important people in the German government that can offer them favors for being loyal citizens. The Spinell family face food shortages in Berlin, as well as the threat of bombings. After their short honeymoon, Peter is sent back to the Eastern front and the horrors of war.

Unlike any of the other books I have read that deal with the Holocaust and Germany during WWII, Audrey Magee follows Katharina and Peter through the war and the years directly after the war with a journalist’s detachment. At one point in the novel, I paused to reflect on how pragmatically the characters discuss the atrocities going on around them. For instance, Peter is asked to help round up Jewish families in Berlin while he is on honeymoon leave, then Katharina and her parents move into a larger, more luxurious apartment that had belonged to a Jewish family. They knew that the former residents had been carted away to camps, but they didn’t give them a second thought. Peter was following orders and the Spinell’s needed a nicer apartment with more room and better amenities. A different author with different sensibilities may have lingered and expanded on these acts with pages of internal dialogue or description. Ms. Magee relates the events without additional pathos or explanation. The reader understands the significance of what Katharina and her family are experiencing. I was struck by how often both Katharina and Peter are told that the war would be over any day, yet it went on for years with new terrors each year.

I received a complimentary ARC from the publisher in exchange for an honest review.

View all my reviews on Goodreads.

I was intrigued by Audrey Magee and wanted to learn a bit more about her. She has a journalistic background and spent some time in Germany as a young woman. I found this lovely interview she did about the book, and thought you might enjoy it as well.

The Undertaking was shortlisted for the Bailey’s Prize for Women. It will be released in the United States on September 2nd.

3 thoughts on “Book Review – The Undertaking by Audrey Magee” 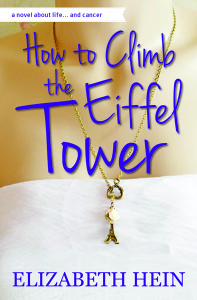 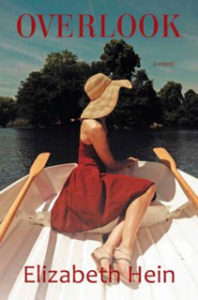